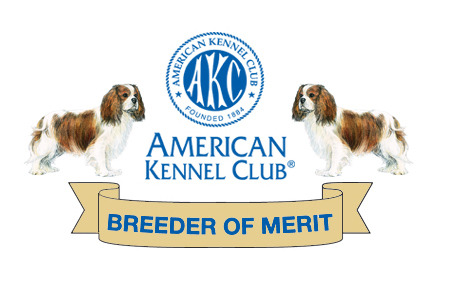 I've had occasional trouble getting email from this site.  If you have any trouble, please send email directly to rneumeie@gmail.com and that should work!

ALSO:  Want to see how puppies turn out as they grow up?  'Cause it's interesting to see how they grow and change.

PLUS:  Curious about what it's like to breed a litter?  Here's my take on the experience.

If you are interested in an Anara puppy (or young adult), then --

Please write a real email.  Tell me your name, plus a little bit about yourself and your family and your past and current pets and why your family would be a good fit for a Cavalier -- just tell me something more than that you are looking for a puppy.  Cavalier puppies are suitable for many, many homes, but they are not suitable for every single home!  And besides that, every specific puppy is suitable only for some good homes.  I need to know enough about you to make sure that your home is actually a good fit for a puppy and make a reasonable guess about which individual puppy would be a good fit for your home.

BTW, if you are looking for a quality, healthy, pretty Cavalier for a pet, I really urge you to think hard about whether you HAVE to have a female.  And I know everybody's got their color preferences, and yes of course you want a puppy you will enjoy looking at -- I don't personally like freckles, for example, so honestly I do understand preferences for color and markings.  But if you are flexible about color and sex, it is a LOT easier to get a really nice puppy.

My bet is that if you buy a puppy, you will never regret making health and sound structure and a nice personality your priorities and letting color and sex come later in your list of criteria.  I promise you, no matter what color is your favorite, when a puppy of some other color crawls into your lap, you will be charmed by that puppy in nothing flat.

IF YOU ARE LOOKING FOR AN OLDER PUPPY OR ADULT:

I am looking for the perfect home for one adult Cavalier. This is Chloe, four years old. Check her out below and also on The Girls page.

IF YOU ARE LOOKING FOR A PUPPY:   I probably will have no more than one or two puppies available at most. Check out the possibilities below.

I bred my lovely Kimmie in mid-May 2019. Kimmie is due July 12th 2019. But she is probably carrying only one puppy. If male, this puppy will probably be available as a pet. If female, more than likely not. But contact me to check, as a female puppy might be available if she develops some cosmetic failing that makes her unsuitable for the show ring.

Kimmie cleared her heart and eyes in the spring of 2019. Her parents are both heart clear. Scroll down to see her parents and read about them.

Kim is the sweetest, gentlest Cavalier I've ever bred or owned, though she also has super-intense prey drive and finds doves, sparrows, butterflies, bumblebees, and everything else that flies highly exciting. When not distracted by flying creatures, she is attentive and easily earned her first Rally title when she was a puppy. Her structure and movement are excellent. She is small and very feminine, weighing just fourteen pounds.

Kimmie won her first championship point as an eight-month-old puppy when well-known judge Steve Keating put her up for Best of Opposite Sex, jumping her over two grand champion girls to take home that ribbon and the point. She went on to pick up eight more points in eight straight shows; she should rather easily win majors and finish her championship if I can only find shows where enough Cavaliers are showing to make a major! Her brother is doing even better than she is in the show ring and her younger full sister is also doing well.

Wizard cleared his heart and eye checks in March 2019. He's a glamorous boy, not too big, with very nice structure. He is a 'silver' Grand Champion. As you can see from his picture above, he's a black-and-tan dog. From his past breeding history, he is carrying the allele for broken color, so a puppies from this cross could be any color.

I hope Kimmie will give me exceptionally lovely puppies -- plural -- at some point. Right now I'm just hoping for one spectacular puppy, preferably a girl.

I also bred Chloe at the same time. Really the same time; she is due on the same day as Kimmie, July 12th. Unfortunately, Chloe is also carrying only one puppy. As above, if the puppy is male, he will be available as a pet. If female, probably not.

Because this is the third time I've bred Chloe and she's missed twice and conceived only one puppy this time, my feeling is that she really cannot be expected to conceive in the future. I expect to have a spay/c-section and then make her available as a pet. If interested in a beautiful, delightful young adult Cavalier with plenty of pizzazz, read about her here and on The Girls page. Chloe is available only to a home that is really suited to her individual personality, so do read about her before contacting me.

Chloe is a manic pixie dream girl of a Cavalier. Excitable and intense, she has not been shown in the breed ring and only one weekend in the Rally ring. She did bounce her way to her first title in that weekend, though! Her structure is great. She is super-athletic. Her head is pretty and her eyes are beautiful. She also has extremely dark pigment, a plus in the show world. Chloe has been bred twice without taking, so I'm trying once more with my younger boy and crossing my fingers.

Conner is an extremely handsome youngster who lacks one major for his championship -- hopefully I'll be able to find another show with large enough entries to offer him a chance to win his second major and finish this year. He won his first point by beating his sister for Best of Winners at their first show. His structure is fantastic, though his pigment is a little light. His is Kimmie's littermate. Scroll down to see their parents.

Bred to Conner, I hope Chloe will produce a puppy, preferably female, with tons of glamour, a beautiful head and eyes, a correct bite, and truly exceptional structure. Her puppy will be Blenheim as both parents are Blenheim.

Kimmie and Conner are littermates from a fantastic 2017 litter. Their mother, Honey, AKC Ch. Anara Honeysuckle Rose RN RA, was bred to CKCSC and AKC Ch. Fox Creek Hear Me Roar JW (Leo).  Take a look at their puppy pictures below.

In late 2015, I bred Honey's mother, Ch. Roycroft Kenya Cameroon RN RA, to my glamorous young boy Anara Call Me Ishmael RN RA.  Kenya has been a terrible producer, with very serious premature labor issues.  This was my final attempt to get a really beautiful male puppy from her, and I did get a single living puppy, a male.

However, at just over a year old, it was clear that Jos was not likely to have his father's glamour. Jos moved to a pet home in the summer of 2017.

Honey was the only surviving puppy from Kenya's litter with Ch Truluv Kiss N Tell at Jayba.

Kenya won her Graduate Puppy class at the 2011 Indianapolis CKCSC specialty, from the renowned movement-and-structure judge Frank Kane, who said she was "the convincing winner" of the class. She recently won her second AKC major over a large entry of top-quality bitches.  Kenya has finished her Rally Advanced title.

Teddy is the incomparable AKC and CKCSC Ch Truluv Kiss N Tell of Jayba.  Teddy, Gene, Gene's brother DJ, and other Jayba dogs are some of the most beautiful Cavaliers in the country today -- there are plenty of details on the Jayba Cavaliers website.  It just kills me that I only got one puppy from this breeding.

Bree had three puppies May 5th, one tri boy, one tri girl, and one blenheim girl.

The father of this litter is such a great dog!  Take a look at Guy and then scroll down to read all about him.

Now, Guy is a pretty special dog, which is the only reason I'd have considered driving all the way to Minneapolis to breed Bree to him, believe me!  He's from Scotland.  His show name is Kinvaar Obsession.  Guy is seven years old and heart clear, but the thing about Guy (besides his beauty!) is the back of his skull.  He's one of the go-to dogs if you're really *serious* about trying to avoid syringomyelia.  He's racking up an impressive record as a producer -- that is, his offspring tend to look really good as far as avoiding SM goes, way better than average.  And he's siring really beautiful offspring, definitely a plus.

Eff's puppy, the sole Anara puppy born in 2009.   This puppy's sire was Sanicro Enchanter at Heartsong, a fabulous dog (Kenya's father, too) but unfortunately, Eff only had the one puppy.

Timmy.  'Timmy' is CKCSC and AKC Ch Sanickro Enchanter at Heartsong.  (Also Kenya's father, if you recall -- Kenya and Dara are half-sisters through this dog.)   He's just as good as it gets as far as heart quality goes.  Timmy won all kinds of Best in Shows at Cavalier specialties under any number of top breeder-judges.  He is a totally fantastic dog.  He was the top Cavalier in the country in 1999.  It is just luck that I saw Linda Dupuy's ad in the 2009 CKCSC yearbook, because I assumed he was long retired as a stud dog.  But far from being retired, he his still siring puppies just as well as any two-year-old.  Plus because he has offspring that are eight and nine years old, we can also see that his puppies tend to get his outstanding heart quality, too!  As far as Linda knows, he's never sired a puppy with SM -- and since she never sells puppies out of state, she would probably know.

Update:  as of 2014, Timmy is pushing 18 and still going strong.  He is losing strength in the rear, but he is still a cheerful and vigorous old man.  This is the longevity and vigor I am trying to capture in my breeding program.